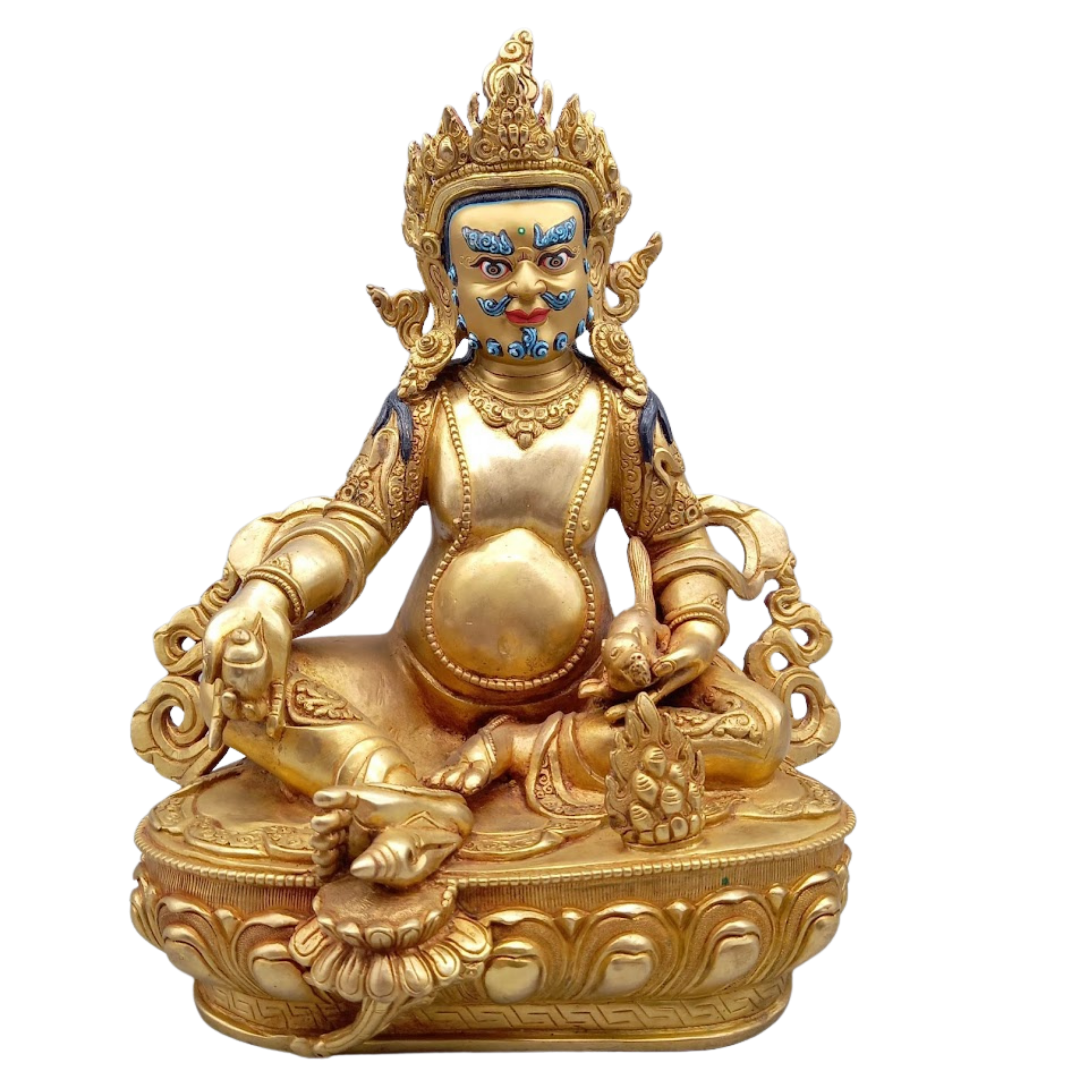 Yellow Dzambala is the most popular of the 5 Dzambalas. Our Yellow Dzambala statue is the worldly embodiment of the venerable Dhyani Buddha, Ratnasambhava. Dzambala is also known as the Hindu deity Kubera who seeks the eradication of poverty through equitable distribution of wealth.

Additionally, Dzambala will prolong life, enhance wisdom and spread virtue throughout the 6 realms of samsara. However, the main objective of Dzambala is to reduce poverty to a manageable level. As a result, devotees can better receive Buddhist teachings.

A Dzambala statue is also considered the emanation of a Dharmapala. This is because he once offered protection to Shakyamuni Buddha as he was under the temptation of Mara. Therefore, the Buddha encouraged him to become a Dharma protector and serve sentient beings. Devotees are encouraged to recite his mantra to summon his assistance. The Yellow Dzambala mantra is:

This Dzambala statue is fully gold plated in 24 karat gold and it is hand crafted using the lost wax method. Dzambala is appropriately adorned with the crown and jewels of a Bodhisattva and he is a member of the “jewel family”. He is also known as “god of wealth” who seeks to provide opportunity to the impoverished and relieve their suffering.

Yellow Dzambala is depicted with a mongoose perched on his left hand which symbolizes his domination over the nagas. His mongoose is named Nehulay and he is constantly spewing forth precious jewels from his mouth. In his right hand and at the base of his right foot are found the ancient medicinal bijapuraka fruits which are used for the treatment of fever. They are also known as citron fruit. Dzambala is depicted seated with his right leg partially extended resting on a lotus flower and his left leg pulled in to symbolize meditative contemplation.