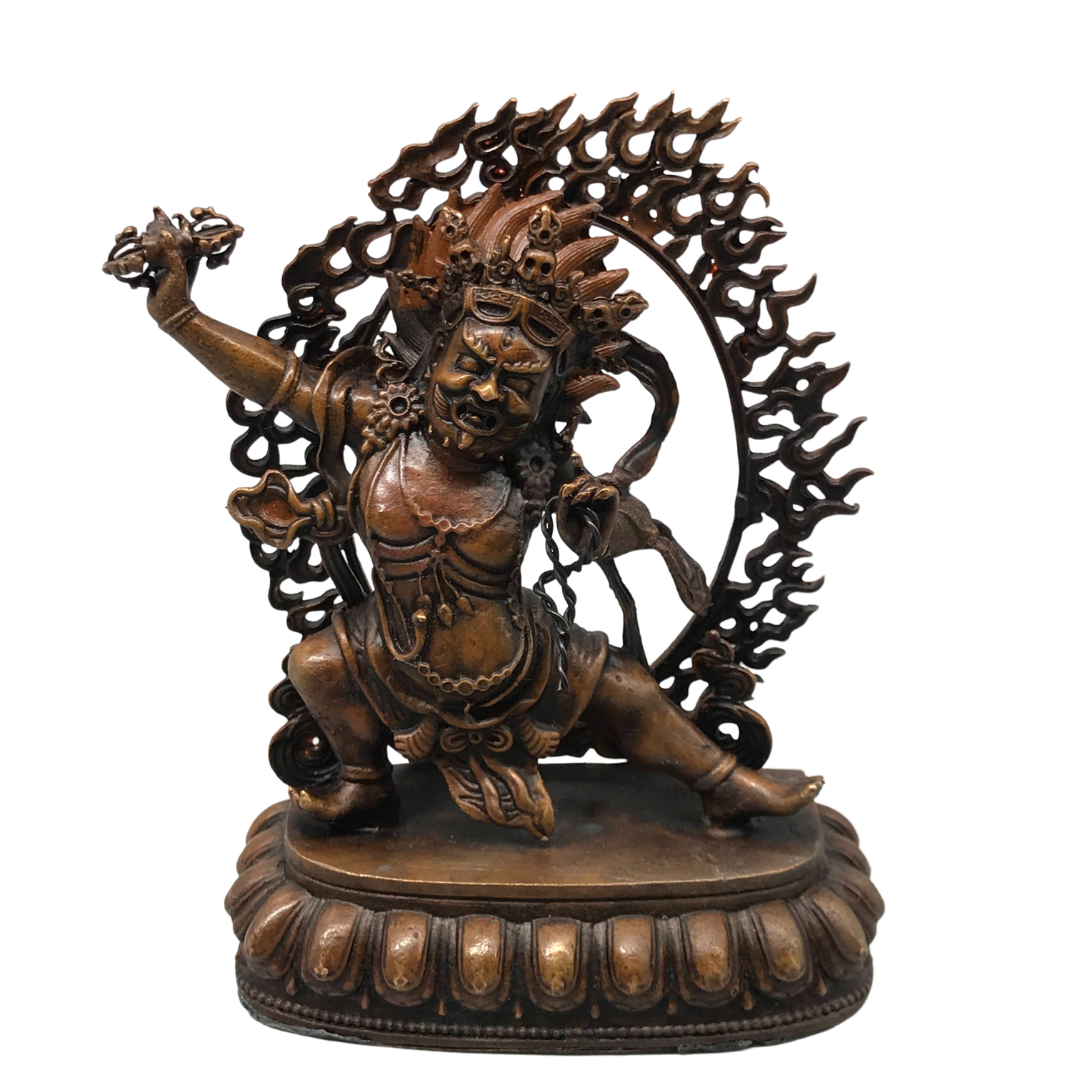 Vajrapani represents the Buddha’s power of wisdom. Additionally, Vajrapani is one of the Buddhist guardian deities and also protector of the Buddha.

Indeed, Vajrapani is believed to have protected the Buddha (Prince Siddhartha) during his renunciation and he also helped him escape from the palace. After his escape, the Buddha would go on to became the founder of Buddhism.

Vajrapani can take a peaceful, semi-wrathful or wrathful appearance. In Tibetan Buddhism, Buddhist guardian deities are wrathful and used as meditation deities. Additionally, Buddhist deities statues often include Vajrapani depicted alongside Manjushri and Avalokiteshvara. Collectively, they represent the Buddha’s wisdom, power and compassion.