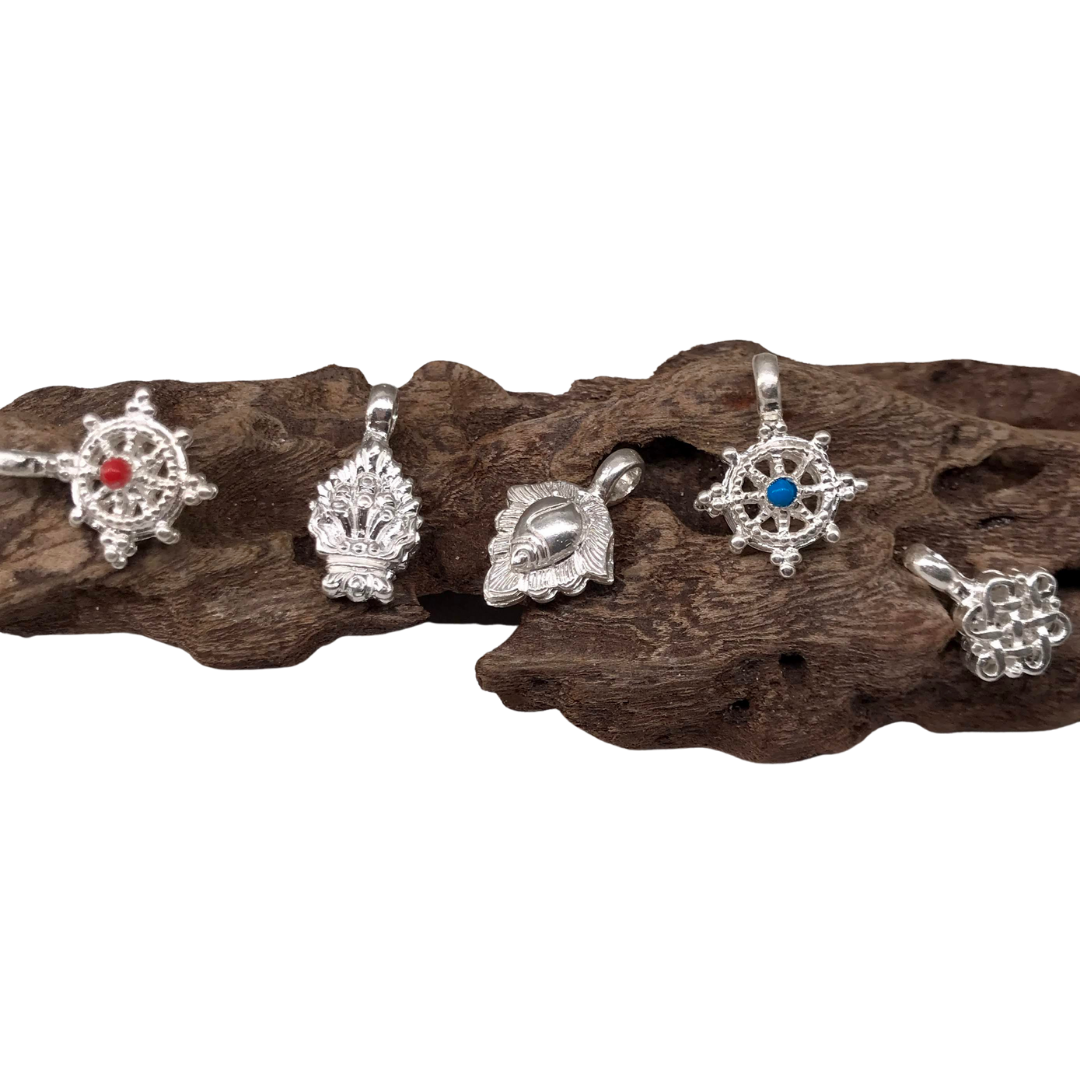 The silver Bhum counters - upgrade to your chanting mala. The Sing is treasures, protection knot. Silver counters made by Hand in Nepal.

Bhum Counters
Bhum Counters are small “clips” which are used between the beads on your mala to count large amounts of mantras. Sometimes called “million marker” counters, these clips can be used for tracking tens of thousands, hundreds of thousands, and millions of mantras. Starting at the Guru Bead and working in one direction move the Bhum Counter one bead for every ten thousand mantras. When the Bhum Counter has moved all the way around the Mala you have accomplished over one million mantras.

108 Bead Buddhist Malas
The word mala means “garland” or rosary in Sanskrit. Prayer beads have been used by practitioners from many disciplines for thousands of years. Buddha himself recommended the mantra mala practice as a path to enlightenment for ordinary people. Malas are employed to count mantra recitations and to focus one’s awareness and concentration during practice. Counting mantras occupies the hand (body), reciting mantra occupies the voice (speech) and visualization of the deity occupies the mind. By focusing these three aspects of ourselves onto the practice at once, the benefits are multiplied and the merit accumulates.