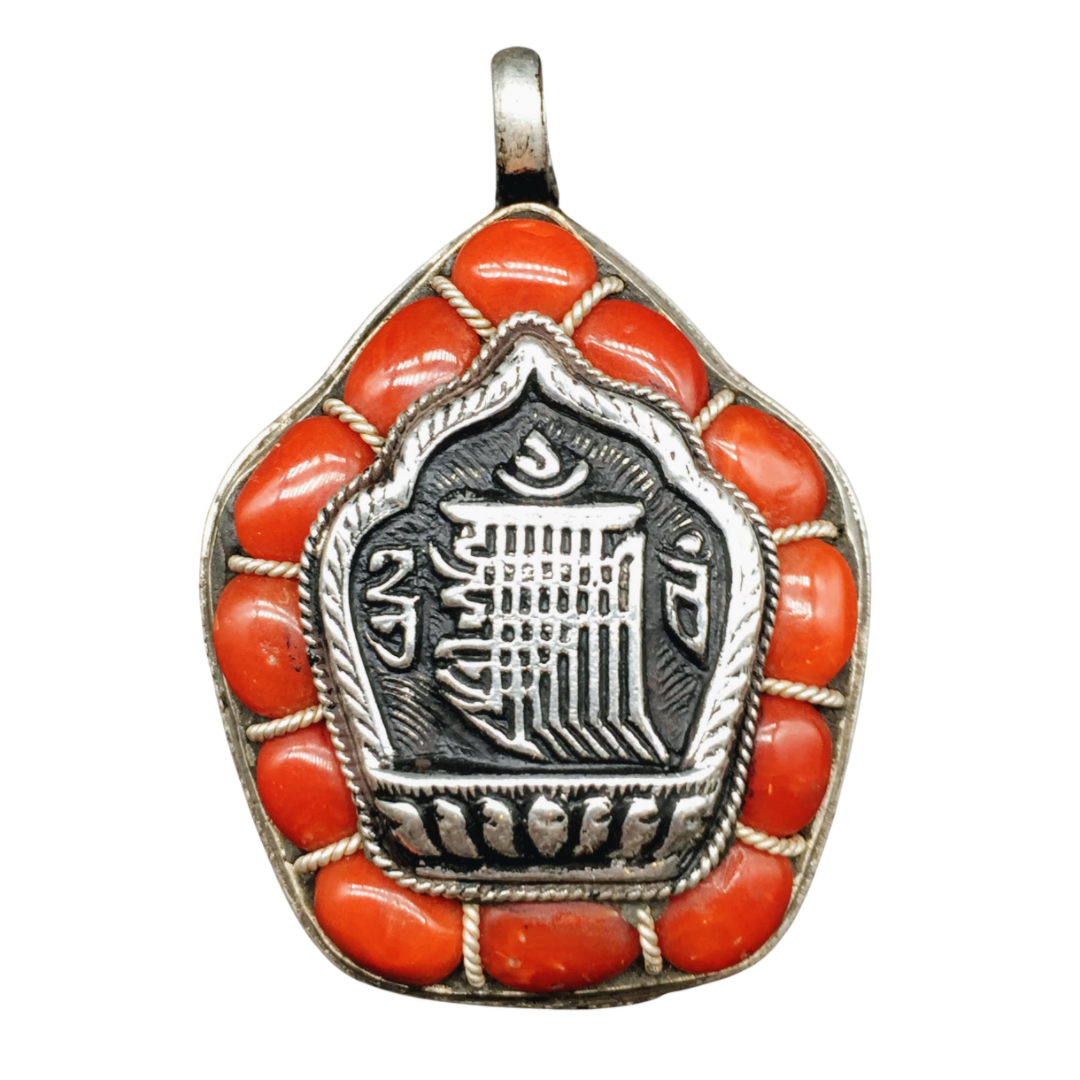 The items is Handmade. The Tibetan Ghau, (prayer box) was used to carry sacred relics, magical charms and medicinal herbs, and acted as portable shrines used for protection when traveling. This Tibetan Gau Portable Shrine can be worn hanging from the neck or from a waist sash or belt. These silver pendent are crafted by a small family factory of Nepali artisans.

The Kālacakratantra summarizes its fundamental doctrines in the following passage:

Identitylessness, the maturation of karma, the three realms, the six states of existence, the origination due to the twelve-limbed dependence, the Four Truths, the eighteen unique qualities of the Buddha, the five psycho-physical aggregates, the three bodies and the Sahajakaya, and animate emptiness.