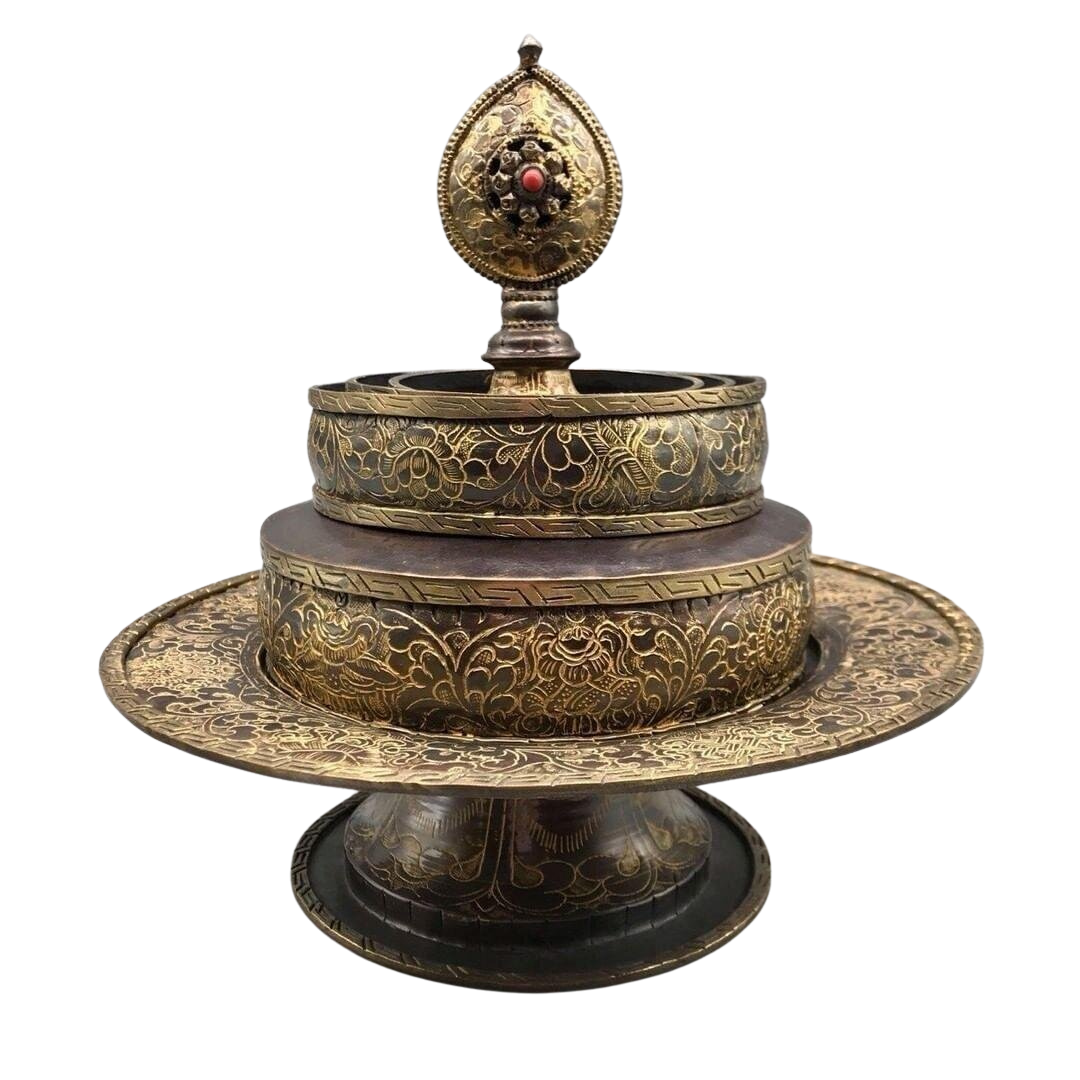 A traditional multi-tiered mandala offering set, exquisitely hand-carved from copper. Representing all that is beautiful and precious in the universe being offered up to the Buddhas, mandala offerings generate immense merits that will help propel you towards Enlightenment.⠀⠀⠀⠀⠀⠀⠀⠀

The base and rings of this mandala set are adorned with detailed hand-carved motifs and symbols inspired by the Eight Auspicious Signs such as the eternal knot, the Dharma wheel and the victory banner. A solitary turquoise stone is embedded on one side of the crown jewel and a coral stone on the other. This mandala offering practice set is handmade of copper, carved by master from Patan, Nepal. This set has design of eight auspicious symbols around each of the layer.⠀⠀⠀⠀⠀⠀⠀⠀

Offering a Mandala to the Buddha as a symbol of offering the universe and all that is contained it is one of the essential practices in Tibetan Buddhism.

Mandala Offering is the practice of the Paramita of Generosity.
The objects of offering are not only limited to mundane precious valuables and practitioner's own body, speech and mind but also include the merit and benefits beyond the mundane world which are made without attachment and for the benefit of all sentient beings. Before engaging the Four Preliminaries one should contemplate on the Four Common Preliminaries, sometimes called the Four Thoughts that Turn the Mind.
1. The difficulty of attaining a human body endowed with freedom and richness.
2. The impermanent of life.
3. The infallibility of actions, cause and effect.
4. The flaws of cyclic existence.
According to tradition, each preliminary is required to practice for 111111 times.
Save this product for later
Display prices in: USD