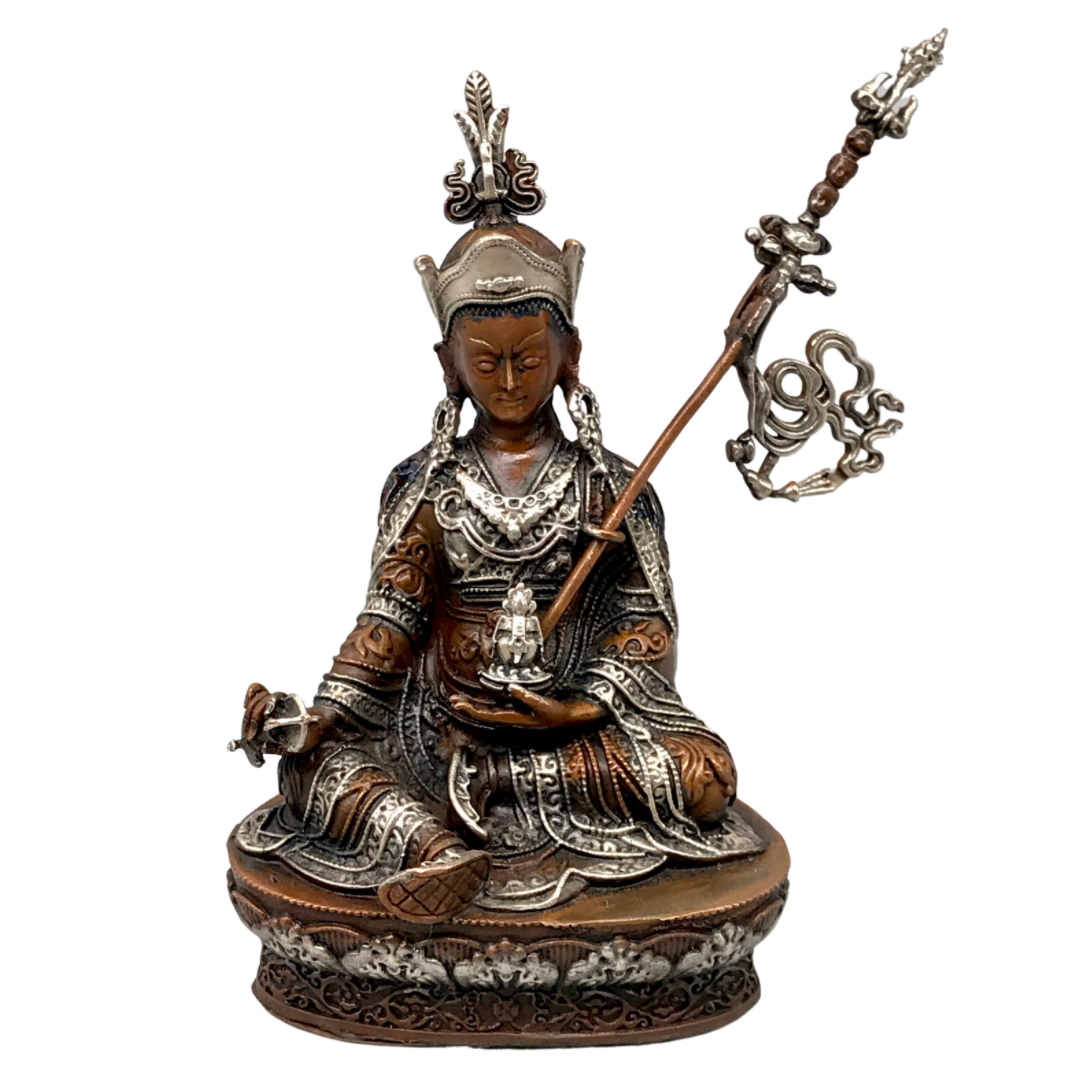 Guru Rinpoche is an enigmatic figure who is highly venerated as the founding father of Tibetan Buddhism. He is also widely known as Padmasambhava which translates as “lotus born”. In Northern India, Guru Rinpoche developed a reputation as being very persuasive in the spiritual realm. As a result, he was called to Tibet in the 8th century to assist with the establishment of the first Buddhist monastery.