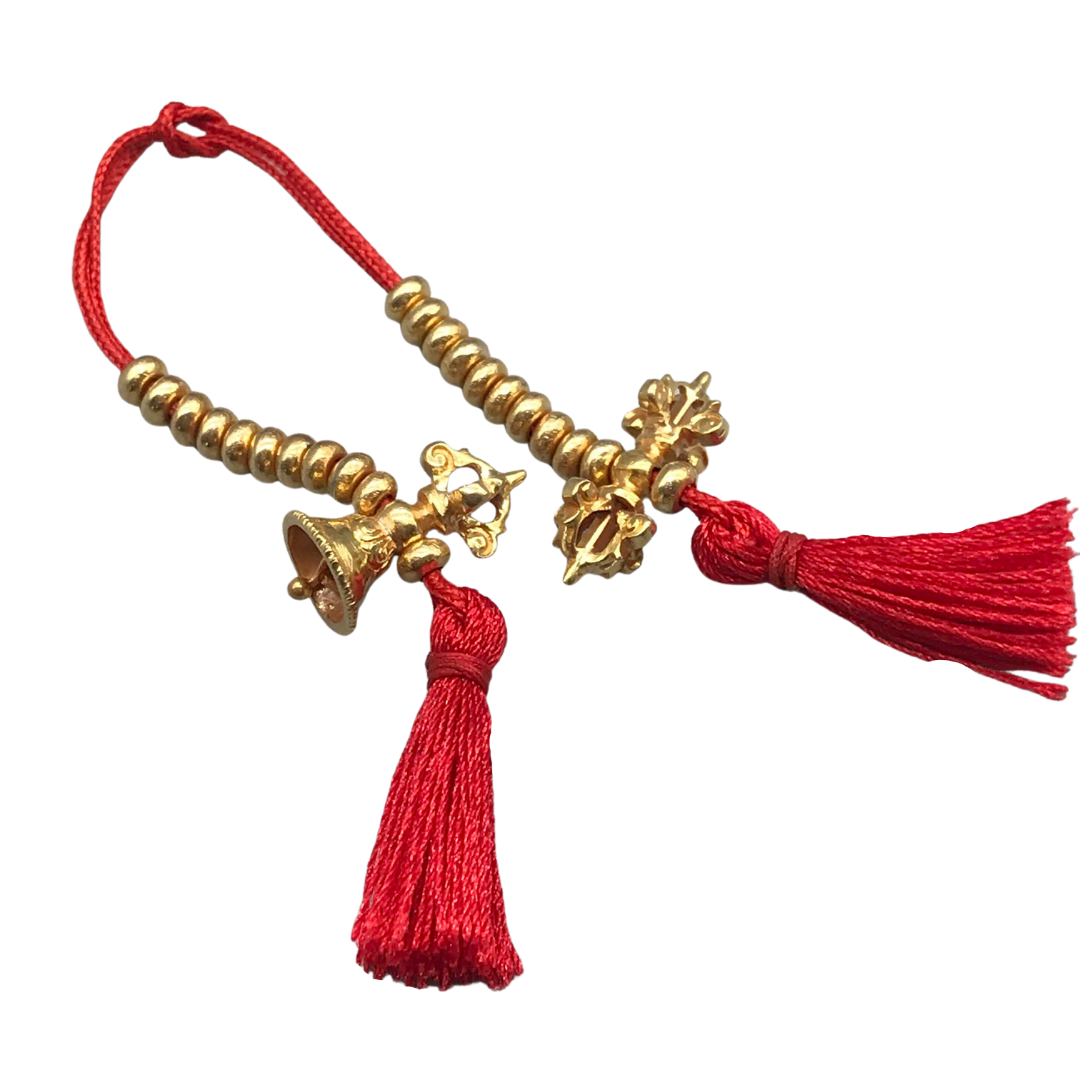 The gold counters - upgrade to your chanting mala. Pairs of counters 10 +2 extra small rings each. Gold bell and Vajra / Dorje at the end.
Gold counters made by Hand in Nepal.