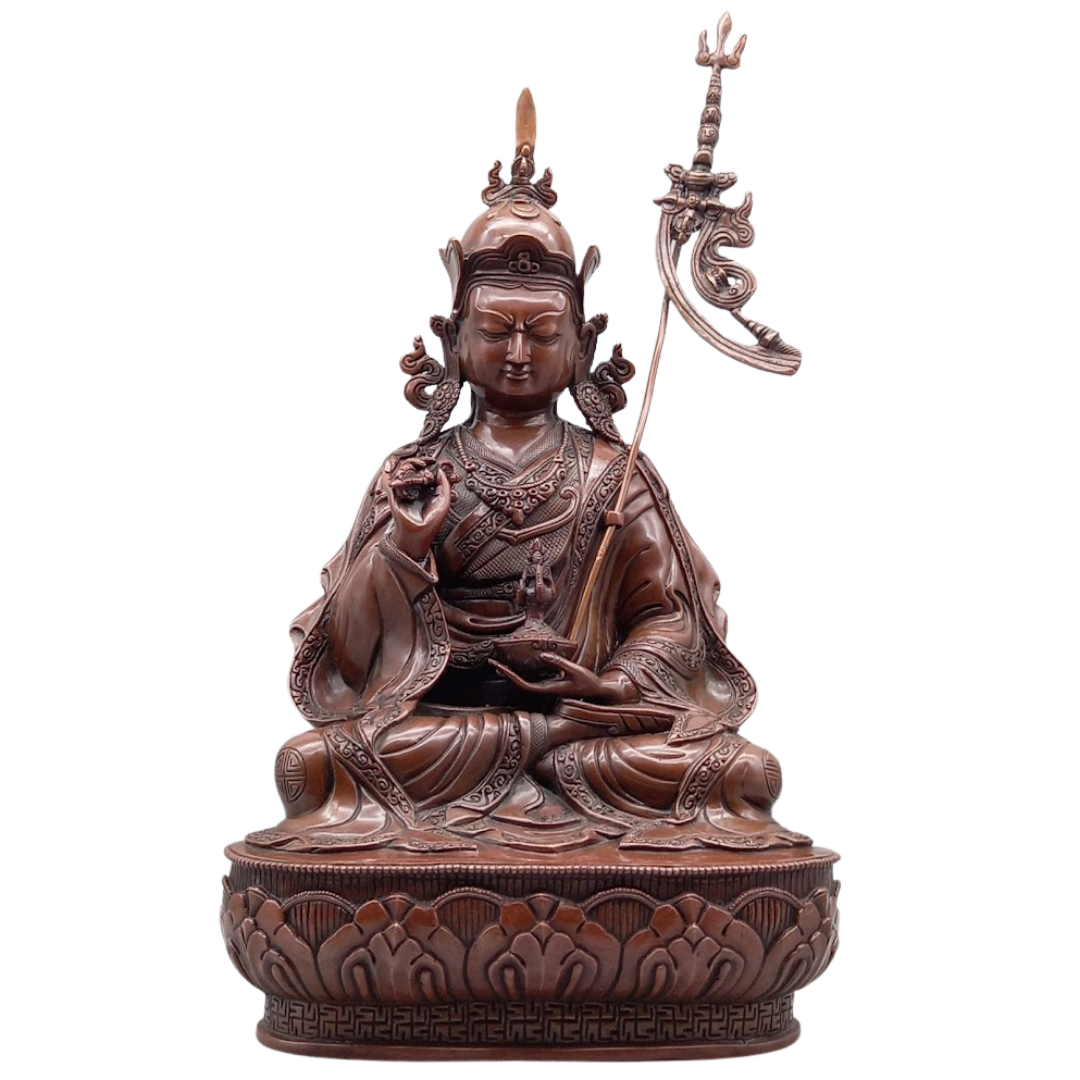 Padmasambhava, popularly known as Guru Rinpoche, the precious teacher was a powerful Tantric Buddhist Master. He was invited to Tibet in the eighth century to propagate Buddhism.
Here he is seated on a lotus throne. Held in his left forearm is the khatvanga or tantric staff, surmounted by the vajra cross, symbolizing the union of wisdom and compassion, the three heads, (wet, shrunken and skull, symbolizing the conquest of the three poisons,) and the trident, symbolizing the mastery of the three central channels of the yogic subtle nervous system. He wears a hat surmounted by an eagle feather, and immense jewel-ornamented earrings. His robes fall around his solid body with natural ease. His round eyes seem intently fixed and the broad lips firmly set; his entire expression kind yet serious, with curled furrows where the brows come together.
Padmasambhava subdued many harmful spirits and forces that hindered the spread of the teachings of Buddha Shakyamuni. With his miraculous powers, he taught many disciples who also became perfect masters of Tantric Buddhism. He is said to have twenty-five great disciples who were instrumental in preserving the sacred teachings of Lord Buddha to the present day.