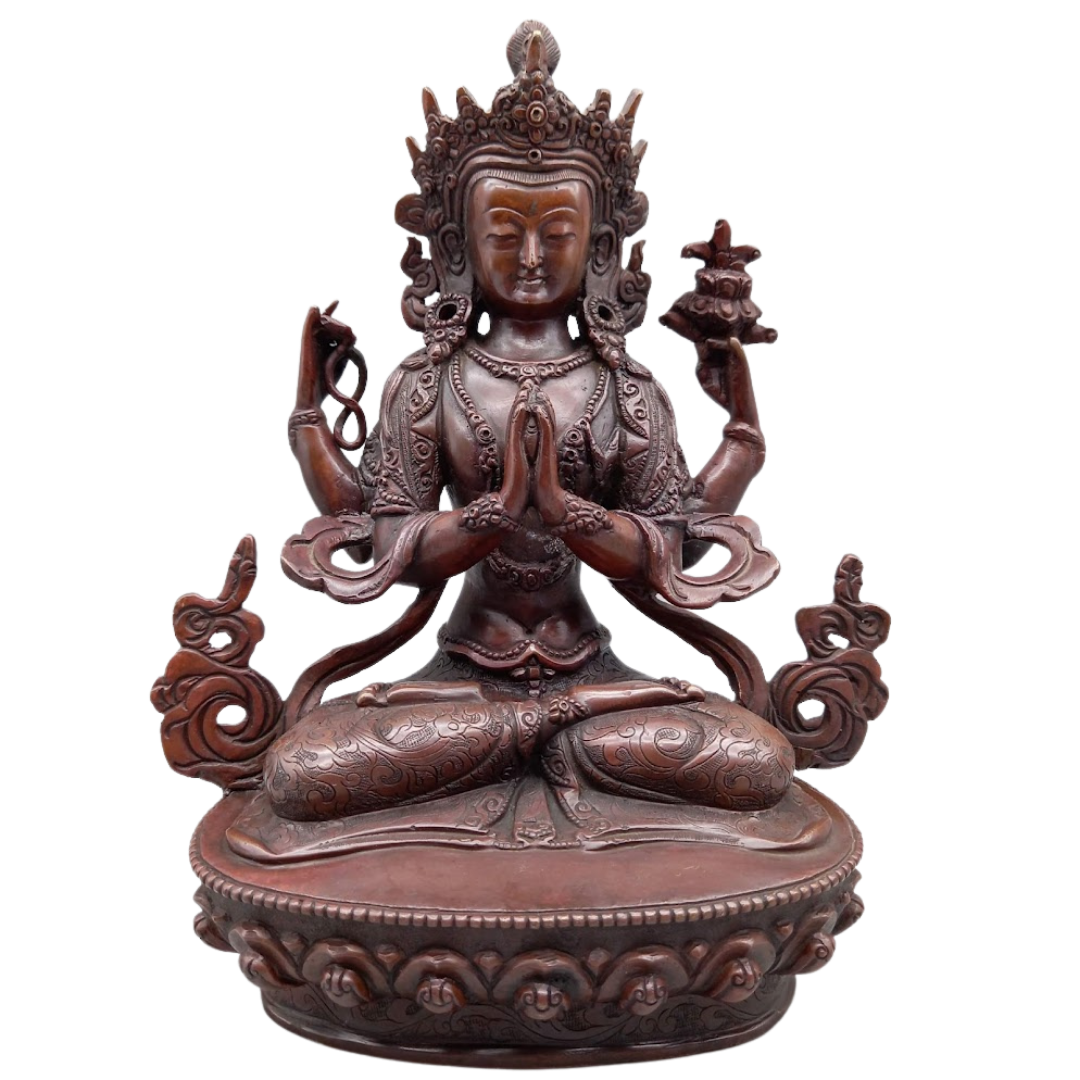 This form of Avalokiteshvara has four hands, the first two pressed together at his heart make the anjali mudra, symbolizing his supplication of the Buddhas of ten directions to care for and protect suffering beings. He holds the wish fulfilling jewel, indicating that he has a mind of great compassion, bodhicitta. He is adorned with silk and jeweled ornaments (along with a necklace, earrings, bracelets and so forth), signifying his perfection of the six paramitas. He wears an upper garment of cloth as opposed to skin signifying his compassionate and gentle nature. In his left hand , he holds a lotus flower (Skt. nilotpala) symbolizing his stainless purity. In his right hand he holds a rosary, symbolizing his capacity to liberate sentient beings through the skill-in means of the six syllable mantra "Om mani pad me hum".

In a princely manner he wears a crown bedecked with five jewels symbolizing the Five Buddhas, he has long hair piled on his head while the rest flows down to his shoulders.

This lovely rendition of the four-armed Tibetan tantric Buddhist Bodhisattva Avalokiteshvara-Chenrezig is a deeply contemplative statue that renders the still, vibrant compassion inner state of realized bodhicitta into an elegantly articulated form. Chenrezig is considered the patron Bodhisattva of Tibet. The Dalai Lamas and Karmapas are believed to be emanations of Avalokiteshvara.