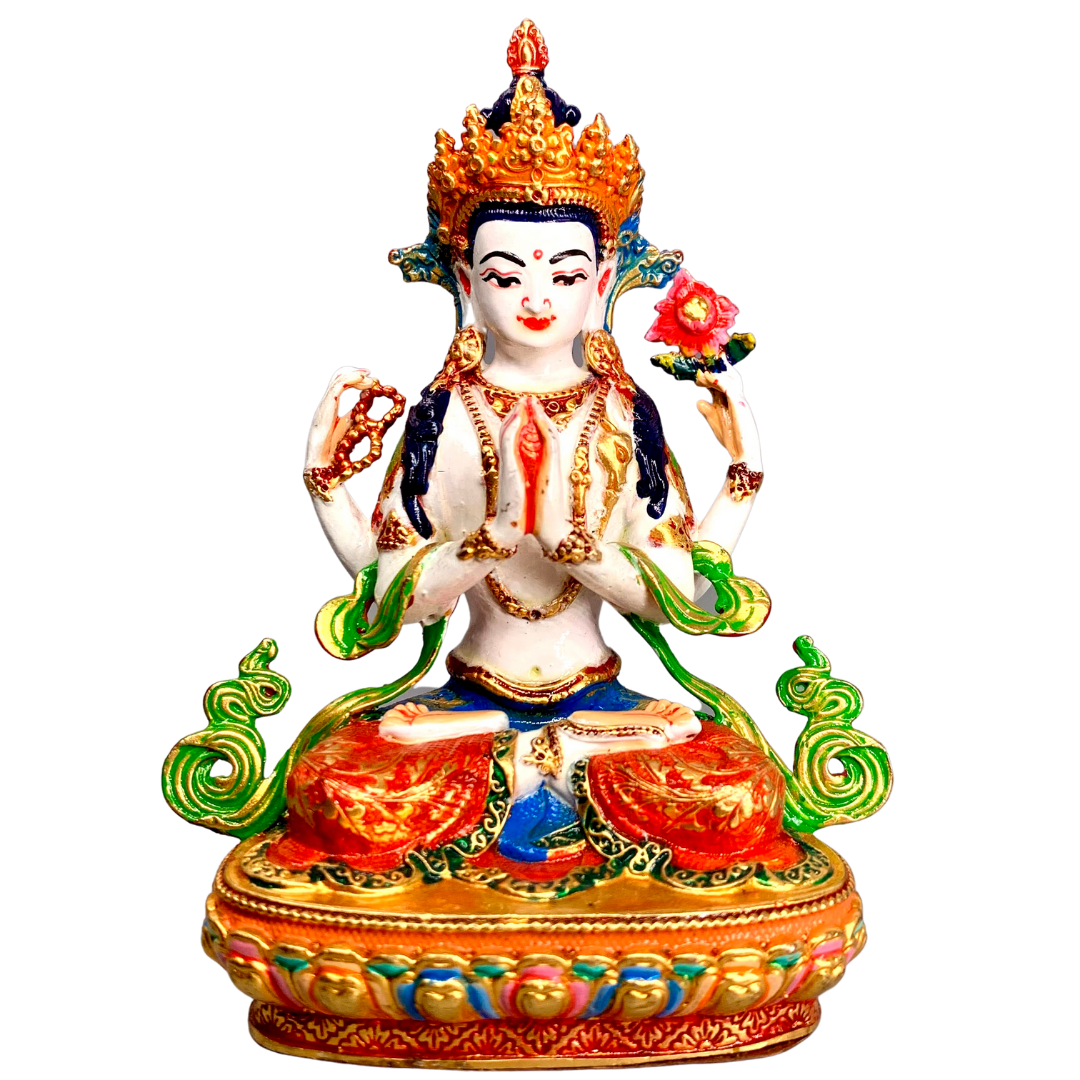 Avaloketishvara is one of the most known bodhisattvas and he is like an iconic bodhisattva. Avaloketishvara, Bodhisattva who have embodies the compassion of all Buddhas is quite respected in all the schools of Mahayana Buddhism as the ideal of Karuna. He even postpone his own Buddhahood to show his resolve to exemplifies the true meaning Bodhisattva so that he could help every sentient being on earth to achieve emancipation.

This statues is made by master hands in Nepal, Patan.

Avaloketishvara is the earthly manifestation of eternal, Amitabha Buddha and he had always guard and protects the world during the departure of Lord Buddha and during the appearance of the future Buddha, Maitreya. There are various meaning of Avaloketishvara like “the lord who looks in every direction”, “the lord of what we see”. In Tibet his name is also interpreted as “Spyan-ras gzigs (With a pitying look)” and “Nidü-ber üjegÄi (He who looks with the eyes)” in Mongolia and “Lokeshvara (Lord of the World)” in Indochina and Thailand.